A long time ago, in a lifetime far, far away I used to eat a ton of pizza. Like for the All Over Albany Tournament of Pizza. Yes, it's time to try a whole bunch of pizza. But not just any pizza - the cheapest, closest pizza I could find. I know what you're thinking - this is a fantastic idea made by a very intelligent and beautiful person. Or you're wondering what on earth would possess someone to try this and you think all of the pizzas will be terrible. Well, read on to find out how our taste buds fared.


A team of 9 folks (plus two kiddos) assembled to try as many of the cheap pizzas in Latham, NY as possible including fellow pizza partner in crime and pizza-aficionado, Jon in Albany. Bless his soul for humoring this endeavor. This post and the details will be pretty brief because we cobbled it all together in about 24 hours. AVENGERS ASSEMBLE!

We sampled the following pizzas:

Each pizza was picked up by a different person to ensure that the pizzas arrived on-location at the tasting destination at the same time.

All pizzas were cheese flavored.

Alright, let's get this show on the road. Here are our pizza contestants: 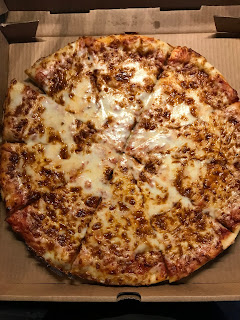 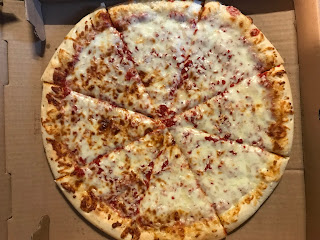 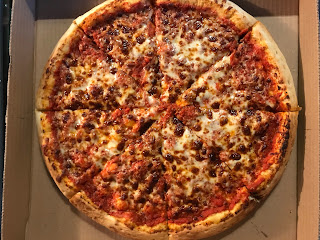 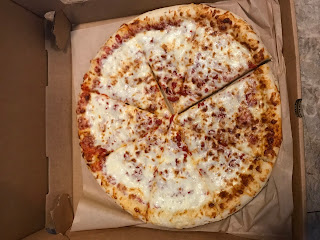 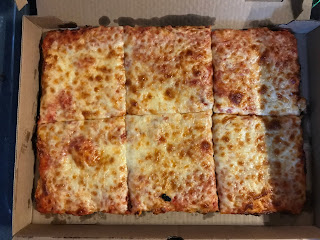 Price Chopper/Market 32 with the rectangular pizza 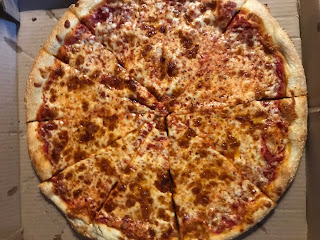 Here are the scores from first place going down, with a brief summation:

1. Little Bites & More - the control pizza was a fine base pizza. This unsurprisingly had the most overall flavor, and was the most expensive of the pizzas at about $15 for a plain cheese pizzas

2. Stewart's - $7.99 for a whole pizza. This was the crowd surprise as best of the cheap pizzas in Latham! The general consensus of everyone who ate this and had previously had Stewart's pizza was "This is not how this normally tastes. It is usually not this good. It is usually very bad." We can chalk this up to several factors: The Wade Road Stewart's churns out a decent cheap pizza; Albany Jane ordered the pizza in-store with her baby in tow and they churned out a solid pie out of parental pity; luck.

3. Price Chopper/Market 32 - Granny pie! Tons of cheese on this pie. A polarizing pizza for those who believe pizza should be in circular form only. Overall, a solid representative "pick up a pizza on the way home from work".

4. Cumberland Farms by Albany International Airport - $5.99. Dear god, these pizzas are so cheap and they're ready so quickly. They have been an entirely all too frequent addition to my diet of late. Sauce is pretty bland (did someone smear tomato paste on and call it a day? Probably, but who cares, it's so cheap), but good cheese ratio. The other pies I've had in the past haven't been so underbaked, but hey, ya gotta judge the slice in front of you.

5. Cumberland Farms by Salvation Army - This scored a hair lower than the airport Cumby's but overall these were both pretty indistinguishable. Good job on chain consistency, Cumby's.

6. Sam's Club - $8.99 oh my gosh this was just flat out awful. The pizza had this weird sour taste that lingered in the worst way possible. When trying all of these pies, I was callously blaming Stewart's or Cumberland Farms, because obviously gas station pizza would be the bottom of the barrel. From what I've heard, Sam's Club pizza is usually better and this may have been a one-off pie. I sure hope so because no one could even finish a small slice. That bad.

Email ThisBlogThis!Share to TwitterShare to FacebookShare to Pinterest
Labels: pizza